In our previous post, we touched on some symptoms of menopause and how it affects your system. The reason these symptoms are ignited is due to the hormone imbalance in the body. One of the other major symptoms of hormone imbalance, menopause related or not, is fluctuation in weight. Often times, women will have no change in diet or exercise, but will start to gain weight in different areas. While frustrating, there is a reason for this and even better, there is a way to fix it. Let’s take a look at what happens to your weight when hormones are imbalanced. 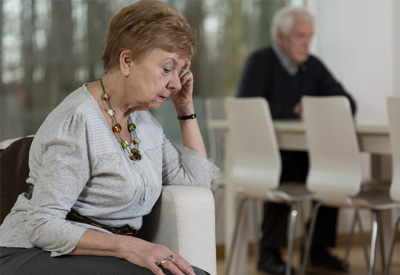 Hormones are the “talkers” of our body. They tell the cells in our body what to do. Each hormone comes from a gland and make up a system called the endocrine system. Each of these hormones are secreted and sent directly into the blood after receiving a message from the brain. Hormones, by design, target cells specifically made to coincide with that hormone. Once they connect, the cell responds to the signal given by the hormone. Because our hormones control the “talking” to our cells, it only requires a small amount to alter the body and throw off metabolism. Here are a few examples of hormones and what they affect in the weight gain process:

Estrogen is produced by the ovaries. This hormone can cause multiple symptoms when it’s not balanced properly. In the case of weight gain, if there is a lack of the needed amount, the body will start to look for other sources. Because estrogen is found in fat cells, your body will reteach itself to turn more calories into fat in order to compensate for the estrogen deficit. As a result, you start to gain weight.

Also secreted by the ovaries, the role progesterone plays in weight gain is slightly different. Rather than holding on to fat cells and causing a number gain in weight, instead, low levels cause you to bloat. Though you can feel much heavier and your clothes may not fit the way they used to, progesterone will simply cause you to retain water and be more “puffy” rather than heavy.

Known as the stress hormone, cortisol is used in responding to stress. In the production of this fight or flight mode, your body produces the hormone to help cope with stress. Though useful in peril situations, because of the high level of stress maintained in society on a daily basis, our bodies can be thrown into an unhealthy cycle of producing too much cortisol. Once this production increases, so do your cravings. To make matters worse, the cravings often are for simple carbs or sweets, which leads to more hunger. Additionally, cortisol has a negative effect on the muscle tissue, breaking it down to use it for energy. Less muscle leads to a lower metabolism and increases fat gain.

As cortisol levels stay elevated, there will be more fat stored in your abdominal area. And, the more abdominal fat accumulated, your body responds by producing more cortisol, feeding the already too high levels of this hormone in your body. This vicious cycle can go on forever if not handled correctly, causing more and more weight gain and heightening your chance of depression.

Known as the primary male hormone, testosterone also plays a part in weight gain for women. As this hormone decreases the ability your body has to maintain muscle mass, sustain a high metabolism, and burn calories decreases. As a result, the body loses muscle mass and metabolism drops, adding weight to your waistline.

In the midst of your body growing older and life continuing to throw it’s own curveballs outside of age, it can be extremely overwhelming to try and combat a hormonal imbalance. Thankfully there have been success rates that directly correlate with bio identical hormone replacement therapy. Through BHRT, your body can have restored hormone levels that can relieve and even eradicate symptoms. At Regain, our mission is to alleviate those uncomfortable issues caused by hormone imbalance, including weight gain! Though your diet and exercise greatly affect your weight, when hormones are imbalanced, it likely won’t matter what approach you take. Hormones only make up a small percentage of our body weight gain, but if they are imbalanced they cause issues with everything surrounding it. To learn more about how BHRT could be beneficial for you, call Regain today and recapture the time you’ve lost.